My work is located in the calendar at the beginning
of the year, in the month of January
and at the end of the year, October 31st,
Samhain/Halloween.

You can order this calendar at: http://www.wemoon.ws/ 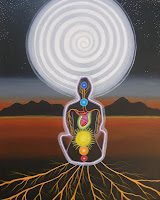 The book is now out and available at Suzanne's website!

Posted by Lorraine E. Leslie at 3:24 PM No comments:

This is another painting inspired by a dream I had one night. Or maybe it was more
of a nightmare? I saw a madonna, holding a "little boy" with a mushroom cloud for
a head. Women have the power to give birth to little boys who will either grow up to build atomic bombs that destroy or they will grow up to hold all life sacred.
"Little Boy," I later found out after researching, was the name of the bomb that was dropped on Hiroshima during WW2.
The bomb that was dropped on Nagasaki was
called "Fat Man." 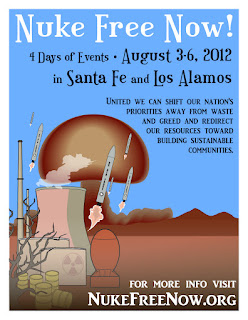 Posted by Lorraine E. Leslie at 9:25 AM No comments:


"Say, what?"
My friend, who's a proof reader sent me this.
See if you can spot the typos.
Too funny not to share.
Posted by Lorraine E. Leslie at 6:06 PM No comments:

This painting will be shown at Blackbird Studios, a cooperative art studio and exhibition space located in the Commerce Street Studios. Visit them in the Las Vegas Arts District at:

Link to a clip from channel 8 news, which shows my painting behind Gina Quaranto as she's talking to George Knapp:

A mention in The Las Vegas Weekly, unfortunately they got the title of the painting
wrong, but I guess any press is good press. 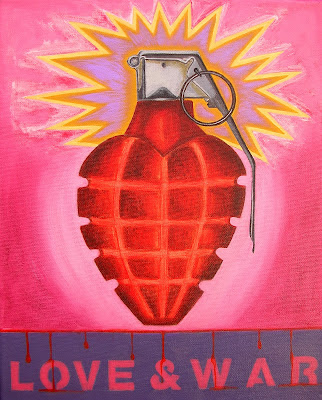 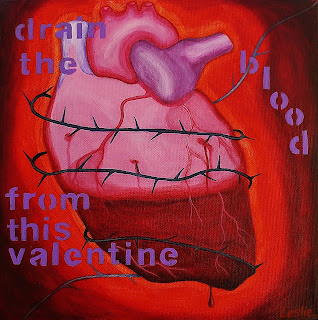 Inspired by a line from the song "Cross Out The Eyes,"
written by the band, Thursday.

"...The leaves falling
And counting down our days to live....
Drain the blood from this valentine. "
Posted by Lorraine E. Leslie at 10:56 PM No comments: 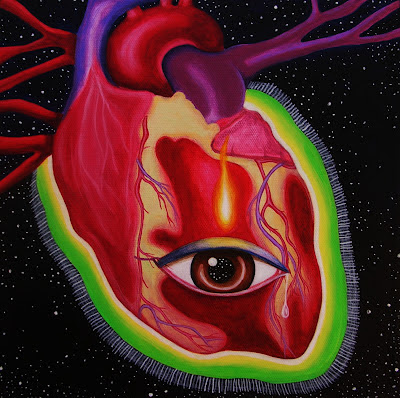 ﻿﻿
"For as long as space exists
And sentient beings endure,
May I too remain,
To dispel the misery of the world."
-Shantideva
Posted by Lorraine E. Leslie at 1:23 PM 1 comment: 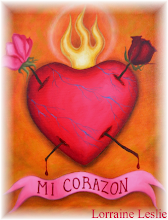 "The heart is wise."

Two of my paintings were featured in this edition.
"Soul Carrier" and "Heart of the Bodhisattva."
pages 57 and 91

"Her heart held captive, wants to spread it's wings and fly from this cage."